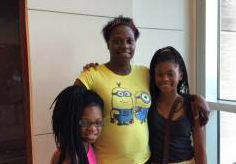 ST. LOUIS— St. Louis charter school parents won a significant legal victory today when a federal appeals court ruled they may have the right to intervene in a lawsuit filed by the St. Louis Public Schools involving a local sales tax for education.

“This is a legal fight worth pursuing,” said Dr. Douglas Thaman, executive director of the Missouri Charter Public School Association, which funded the legal action on behalf of charter parents. “Millions of dollars are at stake for charter children. Their parents have a right to be heard. This is a big step towards that happening.”

In 2016, the St. Louis Public Schools and others filed a lawsuit alleging that charter public schools should stop receiving their fair share of a local sales tax. Two parents whose children attend a St. Louis charter school attempted to intervene in the litigation, arguing that their children would suffer if the needed funding were cut off. The District Court ruled against them, concluding that they had not shown they would be harmed. The parents appealed, and today the Court of Appeals reversed the District Court.

“If the Courts cut off the funding from the sales tax, charter public schools will lose tens of millions of dollars, and our students will suffer,” Thaman said. “They would be harmed. We’re grateful that the Court of Appeals agrees.”

The Court of Appeals did not resolve the questions raised about the timeliness of the parents’ motion to intervene or the substantive standards for intervention under the federal rules. Because the District Court denied the motion on standing grounds alone, the Court of Appeals directed the District Court to consider and resolve the timing issues and whether the parents have standing under the rules.

“We will continue to fight this lawsuit on behalf of all charter school parents,” Thaman said. “We are especially grateful that two of our parents— Ken Ross, Jr. and LeDiva Pierce— have agreed to be part of the litigation on behalf of all parents.”

During the litigation, St. Louis charter schools continue to receive their fair share of the local sales tax.