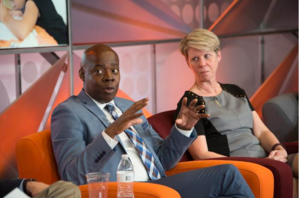 Imagine the following headline, “President Trump denies equitable funding for all children.” If this story were real, the outrage and grandstanding would be unconstrained, and land prominently in our daily automated news feeds. While the president has no involvement, this injustice has existed unchallenged in the state of Missouri since 2007.

Over 18,000 students attending charter public schools identify as children of color and a vast majority of the 23,000 students attending charter public schools qualify for free or reduced lunch, a proxy measure for students living in poverty. Even if that were not the case, denying children access to public funds because of ideological bickering is immoral.

I agree with the Missouri School Board Association’s advocacy position, which states that “there should be a review of Missouri’s approach to funding public education and encourages a more simplified and equitable system.” In the meantime, we should correct the injustice of inequitable funding for some of Missouri’s most vulnerable students. Delivering Sen. Ed Emery’s, R-Lamar, equitable funding language from Senate Bill 271 to Missouri Gov. Mike Parson’s desk would be a positive step.

Missouri State Legislators and all public school and charter public school officials should remember that our institutions serve as stewards of public funds, not owners. Local, state and federal tax revenue belongs to the citizens of Missouri, and in the case of school funding, our children.

Using public school choice as the criteria for systemic discrimination should end. We cannot claim that we serve all children and uphold the error in Missouri state law that deprives a significant population of families and children access to the tax dollars to which they contribute. I hope that all proponents of child well-being — parents, legislators, clergy, business leaders, school administrators, teachers and citizens — will choose the needs of children over politics, and provide equitable funding to every child attending public schools in Missouri.