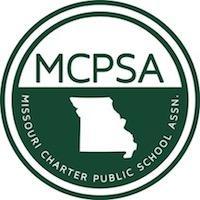 Good morning and thank you for taking the time to read this testimony that I have prepared for you.

My name is Mollee Flores. I am the mother of Justina, Malaya and Ryker. I am writing you today on behalf of my children and the many children within our tight-knit community who are greatly affected by the fact that they do not receive the equitable funding they deserve for their education simply because they attend a charter public school.

Our family spent multiple years trying to find a public school that could fit the needs of our oldest daughter. She struggled for multiple years with social/emotional dysregulation and would spend weeks, sometimes months, in and out of different mental health facilities. In between these hospital stays, she would return to her assigned public school and often, within 24-48 hours, she would be re-admitted into another facility. We would have meetings with teachers and administration staff that would tell us that they just didn’t have the time, resources or man-power to accommodate her needs. They weren’t even able to get and IEP in place because she wasn’t able to stay in the classroom long enough to observe her. We had looked into alternative school settings but were told that we basically had to allow her to continue to fail in the regular public-school setting before they would refer her to an alternative setting. I don’t know of a single parent that would choose a course for their child that included intentionally allowing them to continue to fail.

When our youngest child was about to enter kindergarten, we decided to explore the option of charter public schools for all three of our children. But we were fearful that a charter public school would not accept our oldest due to her recorded history of challenges. We initially were attracted to Crossroads Charter Schools because we liked the idea of all three of our children attending the same school as each other. Our oldest was the last of the three to enter Crossroads. And the challenges we experienced with her in the assigned public-school district were no different then the challenges we experienced at Crossroads. But what was different was the school’s approach and how they handled those challenges. The time, resources and man-power that Crossroads had were not greater than that of the public-school district. But I never would have known that by the way that they cared for, taught and guided our child. They found different way to help accommodate her and make it possible for her to remain in the classroom so that learning could actually take place for her, rather than removing her from the classroom so that she would no longer be their “problem” to deal with. They were focused on building a partnership with us, as her parents, and the rest of her treatment team to try and set up the best possibility for her to be successful in school. They went above and beyond anything

that any of the public schools had done to ensure that she was able to learn and grow in the classroom. They were able to set her up with an IEP and special education services that have followed her year to year and have made it possible for graduation from Crossroads Preparatory Academy to become a realistic and obtainable goal for our now 16 year old daughter. There were many times over our years of strugging with our daughter in neighborhood public schools where we were very concerned that graduation might not actually happen for her. That is no longer a concern of ours. This is just one on the many reasons that we are beyond grateful to be a Crossroads family and intend to do so throughout the next 8 years, until our youngest also becomes a Crossroads Preparatory Academy graduate. Crossroads Charter Schools literally changed the trajectory of our daughter’s life. I can only assume that she is not the only young person that they have done this for. I believe that our story is just one of many. I believe that many charter schools, like Crossroads, have offered these types of opportunities to students who were not able to find these opportunities in the public-school districts that they were assigned to based on their home address. For this reason, I feel that it is only right that charter schools, like Crossroads, should receive an equitable share of the money that Missouri spends on K-12 education, so that they can continue to offer these life altering opportunities to children who wouldn’t otherwise receive them.

Thank you for your time.