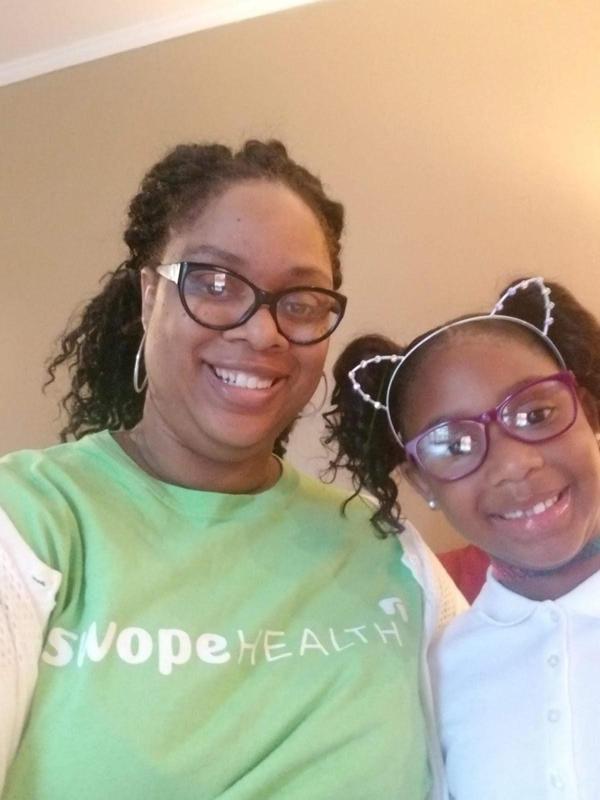 As a mom of two, who works a full-time job in mental health, having a good support system for my children at their schools has been fundamental. This year, I have a son who will graduate from Kauffman, and Kennedy, my 4th grader, at Brookside Charter School. Before we even came to the school’s open house, we were in touch with Ms. Lee, the family liaison; she was awesome at making us feel connected to the Special Education and Extended Care teams.

Right before the school year started, we had meetings on Zoom with the teams and felt ready and set up for success. This is Kennedy’s first year with an Individualized Education Plan (IEP). Coming from a school where she previously had missed so much in-class instruction, the team worked to assess her, determined she had a deficit in Math (her favorite subject) and Reading Comprehension, and set up behavioral goals. They ensured we would know who we’d be working with during the school year, and before classes started Kennedy was already ready to go! With her IEP, they offered in-person time for however many SPED hours were written into her plan, and we took them up on that opportunity.

Virtual learning, plus mom working full-time at home has been very difficult, but the school has made it great. I cannot sing enough praises for her teacher, Ms. Young; she has been so supportive during this virtual learning time…many times, particularly since my daughter has some behavioral setbacks. Ms. Young has literally saved us both!

Kennedy feels so empowered at Brookside…she literally jumps on her laptop and reaches out to Ms. Young on the screen! They have their own meetings scheduled to do classwork and meet before school starts so she doesn’t feel behind. Mr. T, who works in the after-school program, has been wonderful at engaging with my kiddo, too. It’s a huge emotional and mental support for Kennedy’s transition.

Everybody at Brookside Charter School is so accessible: that’s my jam! I know what my kiddo needs in terms of education. We visited many schools and Brookside hit all the marks. Kennedy wants to show me step by step what, and how, she learned, technique and process. I don’t have to wait for a standardized test to know where she is. She feels proud of herself and empowered - give that to all of the team! However God needed to work that out—we’re so grateful He did.